The Friends of Streatham Common relies very much on its army of volunteers. And we are always recruiting. We had many great days out on the Common in 2017 organised by our volunteers, and we are always keen to look at new events that will raise the profile of our wonderful space.

We need your experience and your enthusiasm. From supporting Kite Day, to helping with security or fundraising, all our events are steered by our local Streatham Common lovers. There are of course, lots of backgroound meetings that go on, with members busy working with partnerships and individuals all in the name of making the space a better place for us all. Ordinary people with ordinary and extraordinary skills that make our Common one of the jewels in Lambeths crown.

You can of course be a silent member, all  those who make the effort to contact us and join us is always appreciated. But as we all know, green space is under pressure from all elements, environmental and financial, so now and again, we may call on you to lend us your voice.  Take a look at all the great events we had in 2017 – is there something you might be able to help us with?

If you came to any of these great events – a big thank you! We look forward to seeing you again in 2018 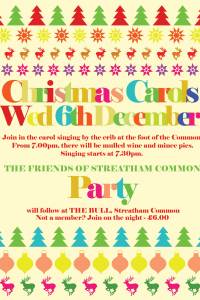 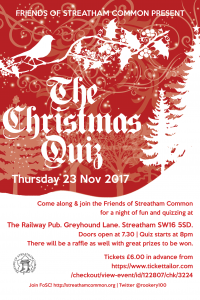 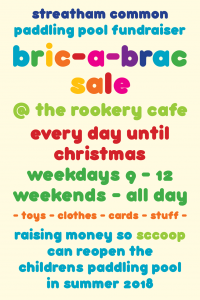 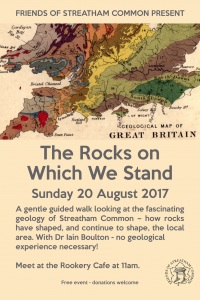 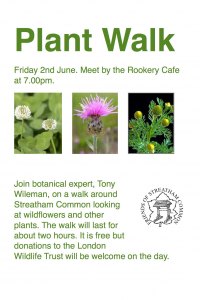 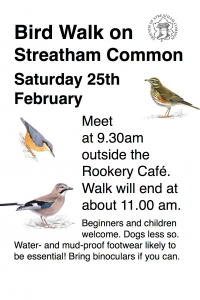 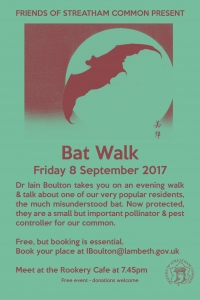 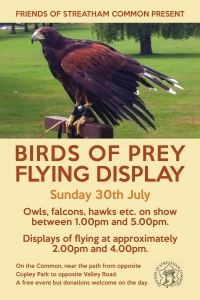 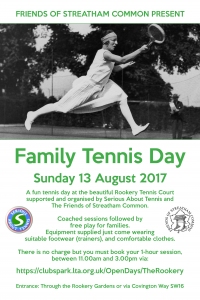 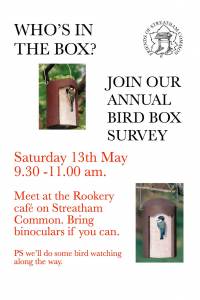 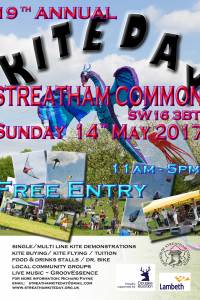 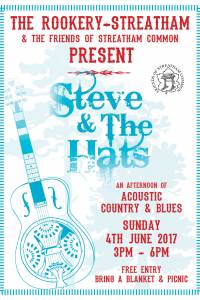 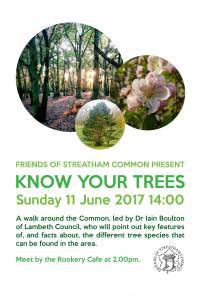 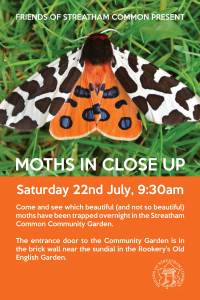 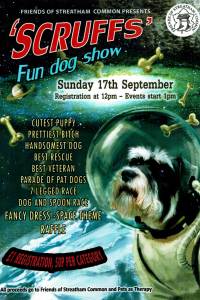 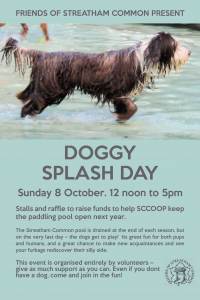 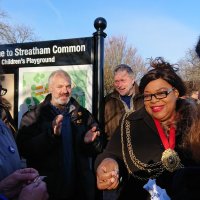 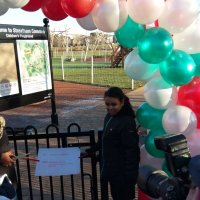 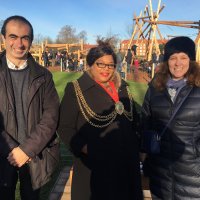 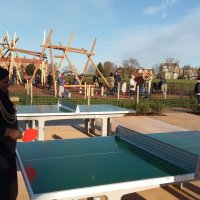 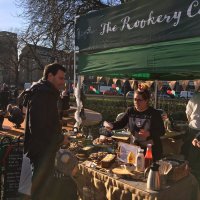 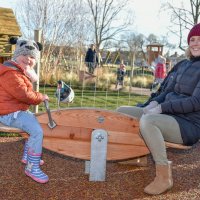 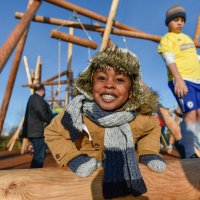 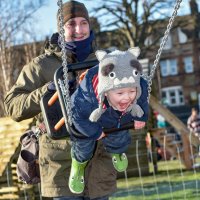 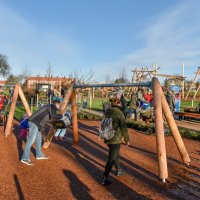 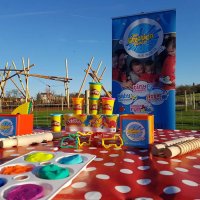 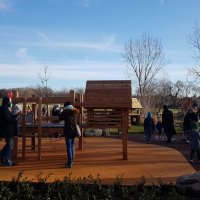 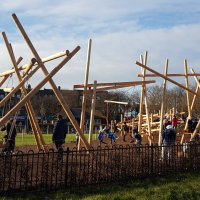 We are sad to announce that we have had to agree to fell the large Willow tree in the play ground. It has come to the end of its life span. Tree experts have told us it’s dangerous to keep the current one there as the trunk is losing its strength.

Unfortunately we cannot have a dangerous tree in the play ground with so many children playing underneath it. They are incredibly tempting to climb and we just can’t risk anything happening to our younger community should sudden weaknesses arise in the future.

These trees only last for around 50-70 years, having a shorter life span than many trees, but the good news is they do grow quickly. FoSC plan to replace it with another Willow as soon as we can. They can grow 10 feet a year so within a short few seasons, we hope to have to soft shade covering us throughout the summer months again.

Be assured there are no plans to destroy any healthy trees and FoSC is constantly looking at the future conservation and planning of trees on the common.

Our friends at SCCOOP are holding the The Rookery Christmas Fair on Sunday 17th December between 11.30am to 4.00pm.

A chance to grab that last minute gift and knock back some mulled wine!

This year will feature over 40 stalls with local arts and crafts, gifts, hampers, home wares, clothing and treats. Hot and cold delicious food will be available, alongside soft drinks, a mulled wine stall and our on site Brewers, Inkspot, who will be serving their craft beers, ales and lagers.

New for this year will be the Marshmallow Toasting area and flame garden. Come along and warm your fingers whilst eating a gooey marshmallow treat!

The Big Top will be back with workshops to book on the day that will include woodland crafts, Christmas decorations and storytelling.

A beautiful Winter Wonderland Santa’s Grotto will be open from 11.30, with a donation of £3 per child. Each child will receive a gift from Father Christmas.

Musical entertainment will come from DJ Tony, alongside songs by Sing Out Streatham and a gorgeous Carols by Candlelight led by the Streatham Central Church.

As always, these events are manned by volunteers. If you could help out for all or just part of the day, SCCOOP would be most grateful. Please contact sarah.macadam@sccoop.org.uk

The fair is proudly sponsored by Douglas & Gordon

For Christmas Fair information, get in touch with events@sccoop.org.uk. 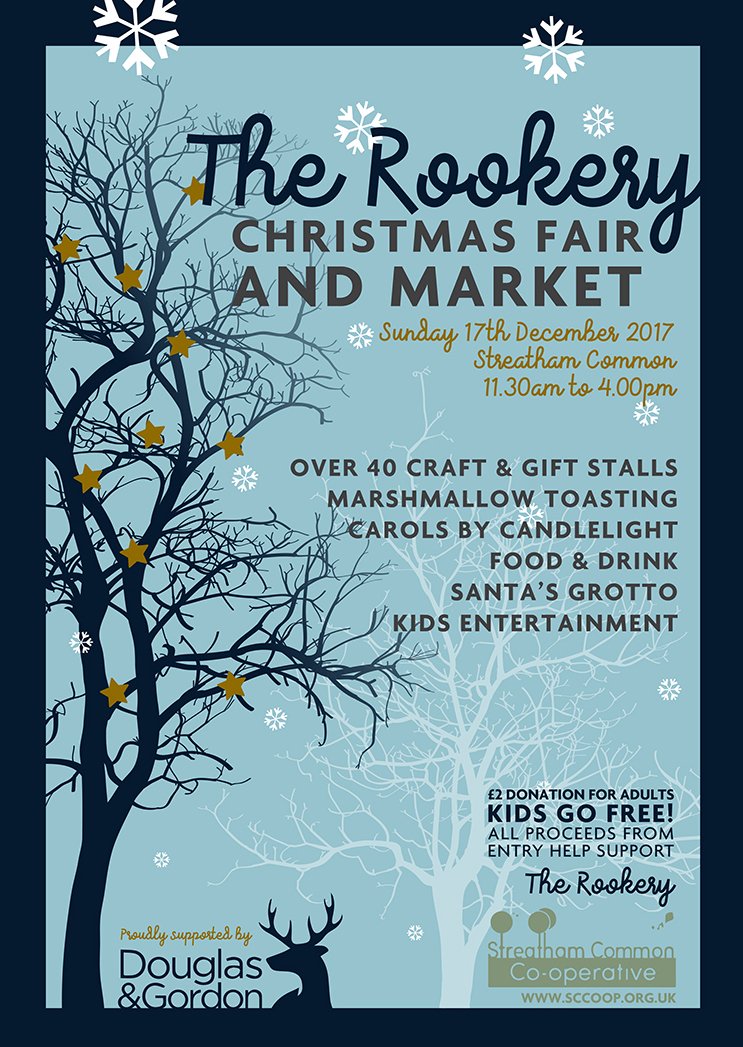 You are invited to the official Opening of the New Streatham Common Playground.

The Mayor Marcia Cameron will be opening the new playground at 10.00 am on Saturday 16th December 2017.

The Playground has been designed for children from toddlers to pre-teens. So please being your families along to enjoy the new facilities.

The Friends of Streatham Common’s volunteers working with Lambeth Council  were integral in realising this project, with discussions starting way back in 2013!

We invite more parents to become FoSC members so you can play an important part in the future of the next generations education & enjoyment in of our shared green space, keeping it safe and sustainable for years to come. 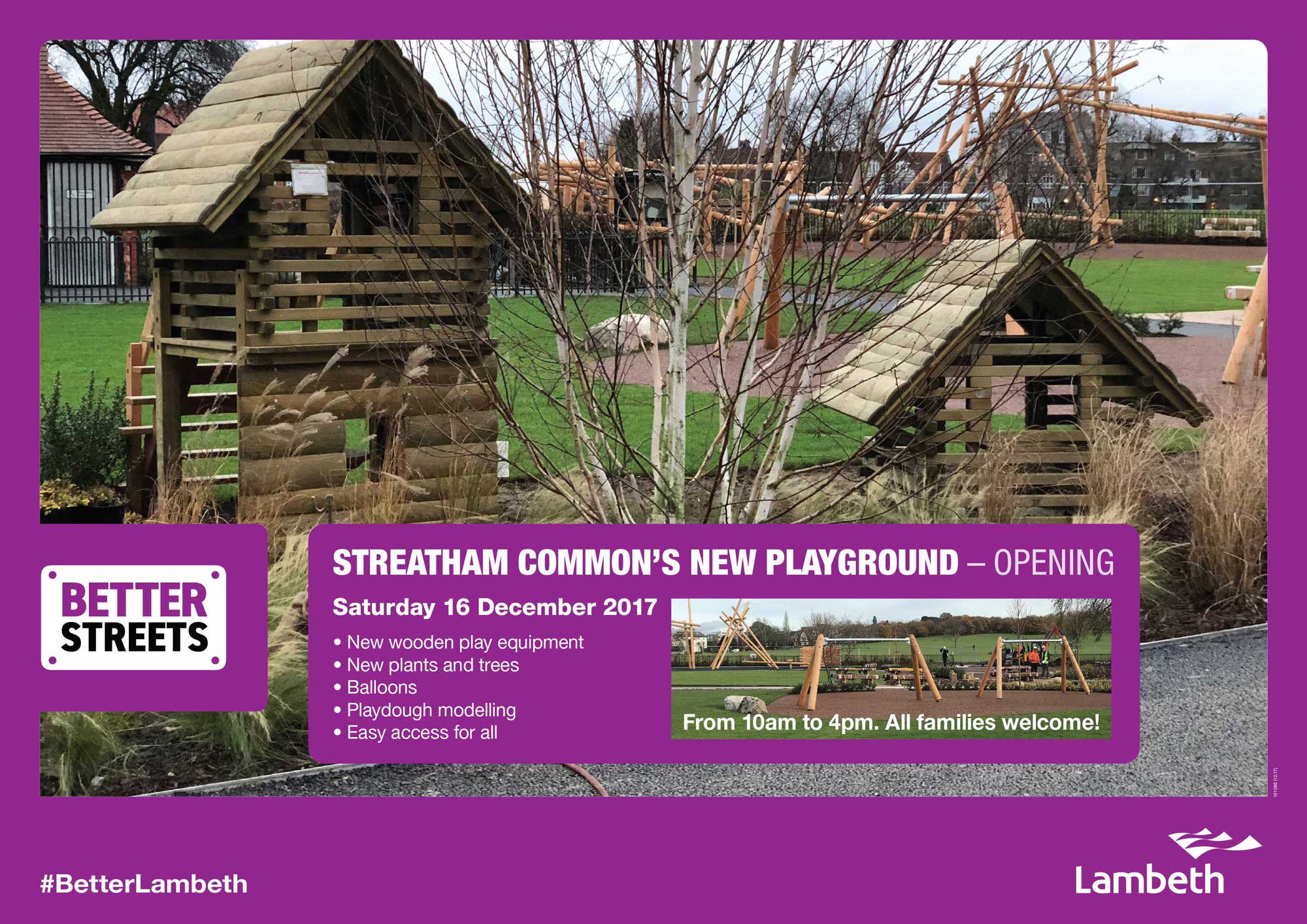 We sold out the seats at our recent fun-draiser, the annual Christmas Pub quiz which took place on the 23rd November 2017. 64 seats sold and we couldn’t fit anymore in at the door on the night!  The good natured crowd raised over £500 in ticket and raffle sales, with money most likey going to support the ancient Well in the Rookery Gardens.

The raffle saw prizes ranging from wine, hampers, brandy and the consolation prizes of day passes to the local gym…which strangely enough were not the most popular items. The Railway Pub were the perfect hosts and the quiz master set some incredibly difficult questions based on general knowledge, with some great outtakes from films to identify. 13 teams sweated it out for the prize-less gift of being the smartest arses in Streatham!

The event was organised with huge efforts by two of Friends of Streatham Common volunteers, Tracy Williamson and Camilla Ray. Thank you for coming and supporting our very important fundraising event, making it possible for future generations to enjoy our local treasures.