The memorial gardens next to the Common are part of our remit. All different societies, groups  & communities around Streatham are invited to attend, as well as our local M.P Chuka Umunna. As always, it was well attended with all paying respects to those brave Streatham citizens who died in both World Wars.

History of the Memorial site
The memorial site, once part of the Manor of Tooting Bec was, on its enclosure, subsequently occupied by a large house called ‘Colbrands’, which dated back to the early 15th century. The house was later in the hands of Sir Richard Sackville, a distinguished lawyer and cousin to Anne Boleyn, second queen to Henry VIII of England. By 1695 the house, which had been rebuilt and renamed Streatham House, had passed to Elizabeth Howland and her husband the Marquess of Tavistock.

In 1700 the Marquess became the Duke of Bedford and the estate passed through successive dukes until 1805 when it was sold to Lord Deerhurst, who demolished the old house and built a new villa called Coventry Hall. In 1819 part of the estate was bought by the Rector of Streatham and other trustees of the local war memorial committee. The site was then laid out as a war memorial garden, transferred to London County Council in 1922, and then passed to the care of Lambeth Borough Council in 1971.

At the heart of the gardens is an attractive war memorial commemorating the dead of two world wars, which is adorned by bronze wreaths and attractive low edge railings. On top of the memorial is a bronze statue of a soldier sculpted by Alfred T. Loft in 1921. The gardens also contain a contemporary sculpture in the form of a single obelisk and plinth, which commemorates people of all races, faiths and nationalities living or who have lived in Streatham and have been affected by violent conflicts or wars wherever they have occurred.

In 1922 General Sir Charles Munro unveiled the War memorial in the grounds of The Chimes manor house (now Albert Carr Gardens) to honour Streatham’s 720 men from Streatham whom had died in the war. Streatham civilians were injured and died as well, as the worst Zeppelin attacks of the war fell on Streatham and south London.

The Chimes suffered flying bomb damage in 1944 and was subsequently demolished. Replaced by Albert Carr Gardens, [then part of Wandsworth Borough Council], which was built in the 1950s.

The Common itself was bombed during WWII. Two V1’s hit the area. One on the lower part of the Common where allotments stood. The second hit the Woods next to Covington Way where houses were detroyed by the blast. The Common on the south Side also had temporary housing to shelter locals who had lost their homes during the war. They remained in place until the 1950’s

This interesting You tube video of scenes collated by the late Mayor of Lambeth, Cllr Mark Bennett shows the extensive bomb devastation  Streatham suffered during WWII. There is also a ‘Bomb’map where you can see how the Streatham Common area was targeted during WWII. 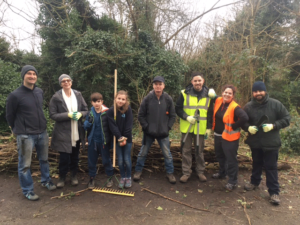 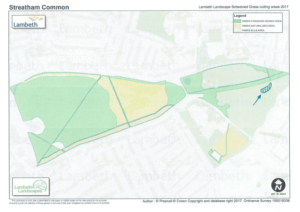 Splash Day is held at the end of the season before the pond is cleared for the winter months. Its sole aim is to raise funding for the Childrens Paddling Pool to reopen in the summer months since no other public funding is available.  Over 200 dogs paid to come and splash in the pool and the weather was fine dry and warm. There was much excitement with dogs finding their inner Baywatch poses and being head over heels in love with their city beach. We hope this will be a regular fixture on the Calendar – and of course our furry friends insist we do it all over again next year. 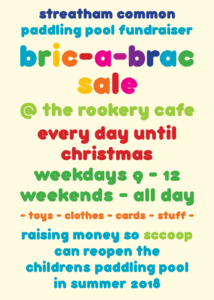 People were so generous that there are still items to sell which were donated to the tombola which did not get included. Over November and December John will be selling these at a Bric-a Brac / Bring and Buy stall in the grounds of the Rookery Cafe every morning from 9-12.

John has created Calendars and Christmas cards of the two events to sell on the stall as well. As always John is a shining example of how our volunteers are key to the Commons success at ensuring the community is well served by our beautiful space.  We do need help though so these events will carry on. John would very much welcome any help to sell in the mornings so John can focus on pushing the target from the potential of collecting £1500 towards the £2000 mark.

The 2017 Scruffs Dog show was a record breaker with 185 dogs. The show was opened by the Mayor of Lambeth (Marcia Cameron) Who stayed to present some of the Rosettes. Esteemed Judges were the CEO from PAT DOGs Deborah Dow, Harry Kinnard from Battersea Dogs & Cats home [where many of the commons regular four legged friends originate from], and three judges from the local vets. [photos to follow soon]

There are still some souvenir programmes for sale at £2.00.

John wants to send a massive “thank you” to all the volunteers on the two days as without them the shows could not go on. 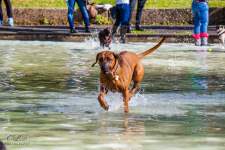 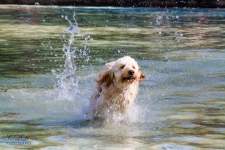 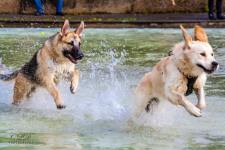 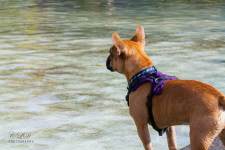 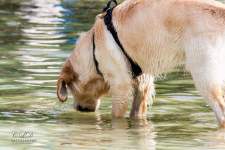 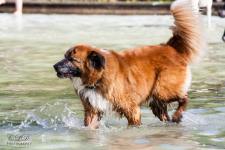 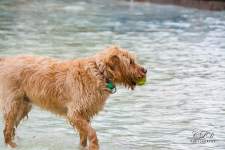