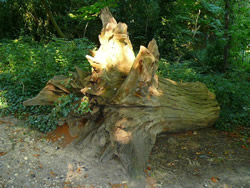 Streatham Common is a large open space at the southern tip of Lambeth. It offers amazing views and has areas of woodland, grassland, wild flower meadows and a picnic area. It also contains The Rookery, a small and enchanting formal garden.

There are many different facilities available to both casual visitors and regular users at Streatham Common, including a popular café, children’s playground and paddling pool. The common is also used for fairs and events during the summer and autumn.

Wildlife features include the largest areas of acid grassland and woodland in Lambeth, which is why part of the Common has been declared a Local Nature Reserve. The Streatham Common Nature Trail passes through these and other areas of interest. The Common is a popular place for walking, jogging and sports as well as being an important stop on the Capital Ring, a long-distance circular walking route that goes around Greater London.

Streatham Common is an ancient common land of the manor of south Streatham on which the manorial tenants had the right to graze their cattle and gather fuel. In 1362, the Black Prince granted the Manor of South Streatham, which included the Common, to the Prior and Convent of Christ Church, Canterbury, from whom it passed to the Dean and Chapter after the dissolution of the monasteries, and then, in 1862, to the Ecclesiastical Commissioners.

In 1884, the Metropolitan Board of Works paid £5 to the Ecclesiastical Commissioners, the Lords of the Manor of South Streatham. for conveying the 66 acres of common land to them in order to preserve it for all time as a place of public open space.

The Metropolitan Board of Works regulated the paths to limit soil erosion and mowed the open grassland on the west of the Common, which soon took on the appearance of public parkland. The eastern part of the Common was allowed to grow into a wooded area. The Board planted trees around the edge of the Common to screen off the buildings from public view and to maintain the rural aspect of the Common.

Initially a board of local people managed the Common, but they relinquished control to the London County Council in 1896. In 1965, the control passed to the Greater London Council, When that was abolished, control passed passed to the London Borough of Lambeth. The  Common is covered by the Metropolitan Supplemental Act of 1884 and Lambeth Byelaws.

The Rookery gardens mark the site of Streatham Spa or mineral wells. In the 18th century, crowds visited Streatham to take the waters, with their supposed healing powers.

The Rookery takes its name from that of a large house that stood close to the wells. After the house and surrounding grounds were acquired by the London County Council, the house was demolished, the grounds landscaped and gardens created. The area was opened to the public in 1913.

The entire Common and the Rookery gardens lie within the Streatham Common Conservation Area and Metropolitan Open Land. The Rookery is registered as a Grade II Garden of Historic Importance.

No events to show